At True Vision Eye Care we believe that it’s not ok to let a child’s vision get worse every year when there are scientifically proven and FDA approved treatments to slow the progression of myopia (or near sightedness). Around the world, myopia (or nearsightedness) levels are skyrocketing due to our indoor lifestyles and heavy digital device use. The World Health Organization has declared this dramatic increase in vision disorders to be a worldwide epidemic, with over 50% of the world’s population predicted to be myopic by 2050.  Children are especially at risk for worsening vision. As long as a child is growing, the eyeball can continue to lengthen every year causing higher and higher prescriptions to develop.  This pathologic progression results in high adult prescriptions, but also an increased risk of damage to the eye due to a stretched and thinned retina, increasing the risk for potentially blinding conditions like retinal detachments, glaucoma, and macular disease.

Studies show that on average, school age children between the ages of 7 and 18 experience worsening of their myopia prescription at a rate of -0.50 to -0.75D every single year. That means the average 7 year old with a prescription of a -1.00 would end up with a prescription of -6.00 by the time they graduated high school. Traditionally doctors address myopia by prescribing glasses and contact lenses with stronger and stronger prescriptions each year as the eyes worsen, but our doctors embrace a newer and more modern approach to pediatric vision. Myopia management programs are individually prescribed to address each child’s particular risk factors for myopia progression, all supported by clinically proven and FDA approved methods. 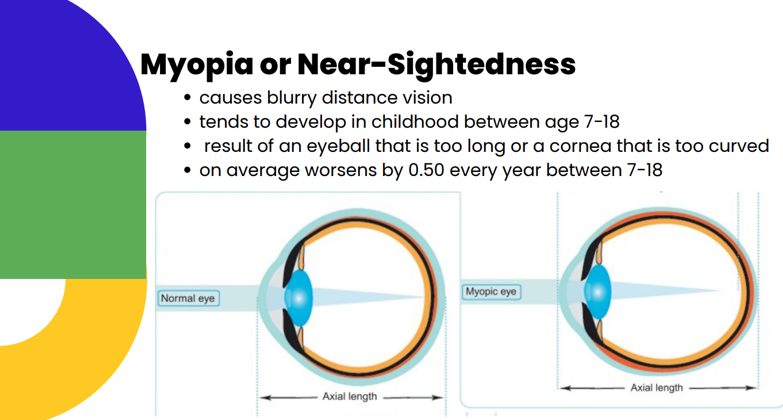 Is My Child At Risk For Myopia?

Myopia (or near-sightedness) is caused by the combination of multiple factors, including genetics and environment.

Myopia management is a series of treatments that have been clinically proven to slow down the progression and worsening of myopia in children. Myopia is caused by elongation of the eyeball (called axial length), and each myopia management treatment option works by slowing down the progressive elongation of the eye the results in worsening vision as a child ages. We understand that every child is different, and we offer several different treatment options that are customized to your child’s unique needs.

Myopia management treatment options may include: 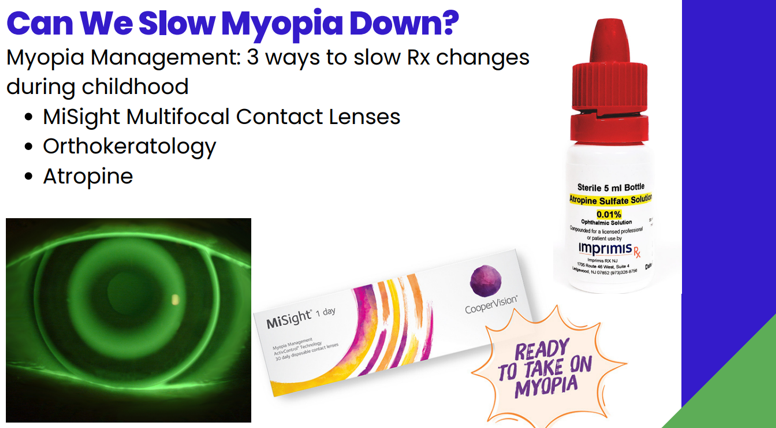 As part of our myopia management program, our doctors carefully monitor your child’s axial length and prescription every 6 months (or more frequently pending on their unique case) to ensure efficacy of the prescribed therapy. New innovations are continuing to gain FDA approval in the field of myopia management, and our doctors are committed to offering the most modern and scientifically proven treatment options to ensure our children have healthy eyes and clear vision not just today but for years to come.

Unfortunately, myopia is not only common but also growing in prevalence. Currently, it is estimated that as much as 25% of the world (1.5 billion people) are considered myopic, and that number is expected to grow to 50% by 2050.

Although several factors may be contributing to this growing number, researchers and eye doctors believe a major one is eye fatigue from the increasing amount of close-up work we do, including using computers, phones, and tablets, reading, and studying. Additionally, less time spent outdoors may also be contributing to the increasing prevalence. Essentially, we are spending more time looking at objects closer to our faces and less time allowing our eyes to focus on those far away. 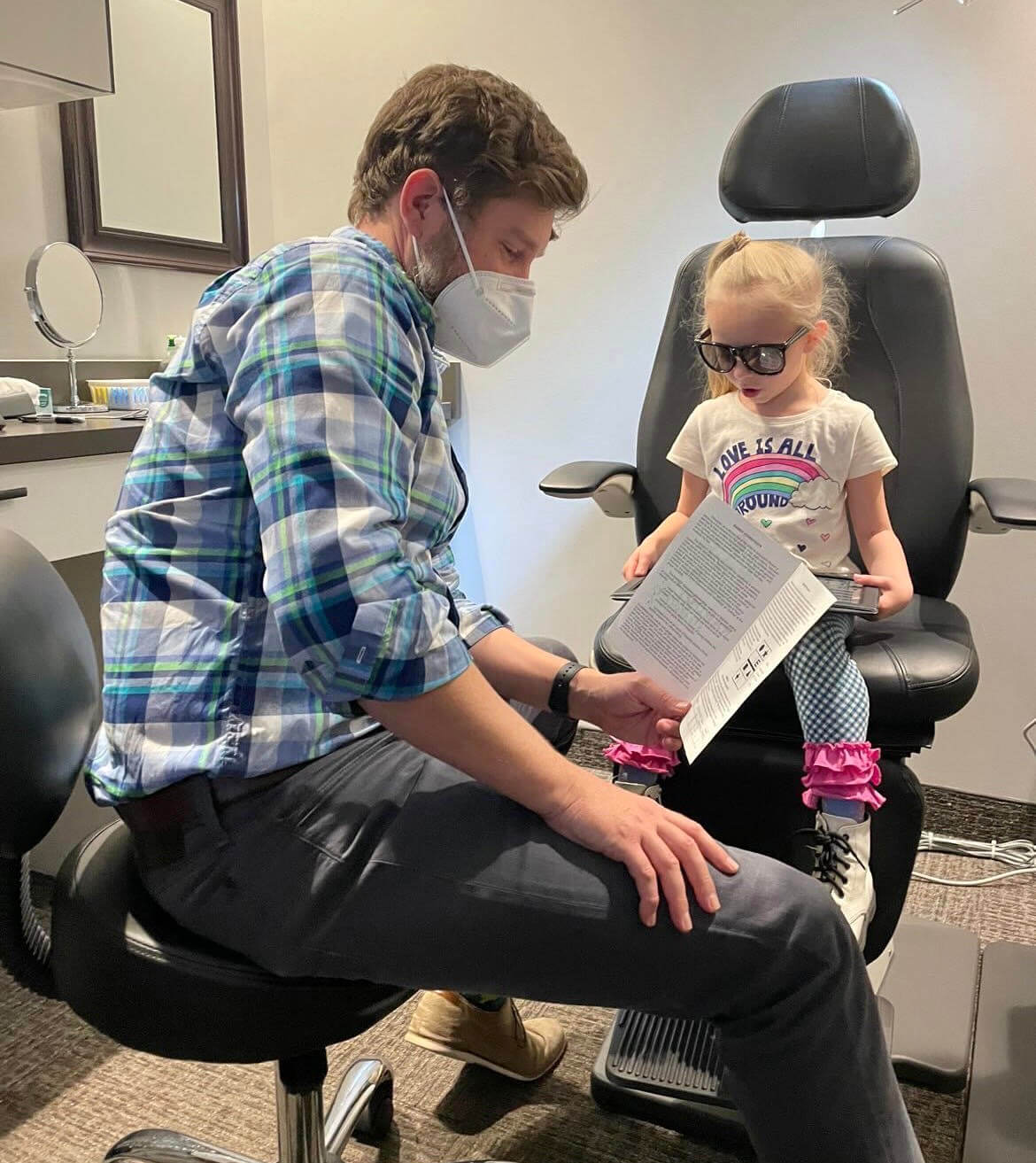 How to Manage Myopia

Myopia management is a series of treatments our team utilizes to slow down the progression of myopia in children. Primarily, this treatment works to change the structure of the eye by reducing stress and fatigue, which are significant factors in the development and progression of myopia. We understand that every patient is different, and we offer several different treatment options that are customized to your child to meet their unique needs.

Myopia management treatments may include:

The treatments offered include:

Dr. Barnes, Dr. Lyerly, and Dr. Weyand carefully monitors each patient on myopia management, and each case is reviewed every 6-12 months to ensure progress and efficacy in treatment. We are proud to offer this evidence-based treatment to prevent the onset or reduce the progression of nearsightedness in our pediatric patients. Our dedicated team prides itself on staying at the forefront of eye care advancements so you can feel confident choosing the Myopia Control Center at TrueVision Eye Care for your treatment.

All young patients will see a doctor for an extensive vision examination. During this exam, she will check for several things, including:

Each of these tests is non-invasive, and your child’s comfort is a top priority for us. Our team is familiar with helping children, and we are happy to explain anything you or your child has questions about.

The Myopia Control Center at TrueVision Eye Care serves patients in the communities of Morrisville, Raleigh, Durham, Chapel Hill, and throughout North Carolina. To schedule an appointment, please give us a call at (919) 472-4070 for our Morrisville location or (919) 629-9208 for our Raleigh location.